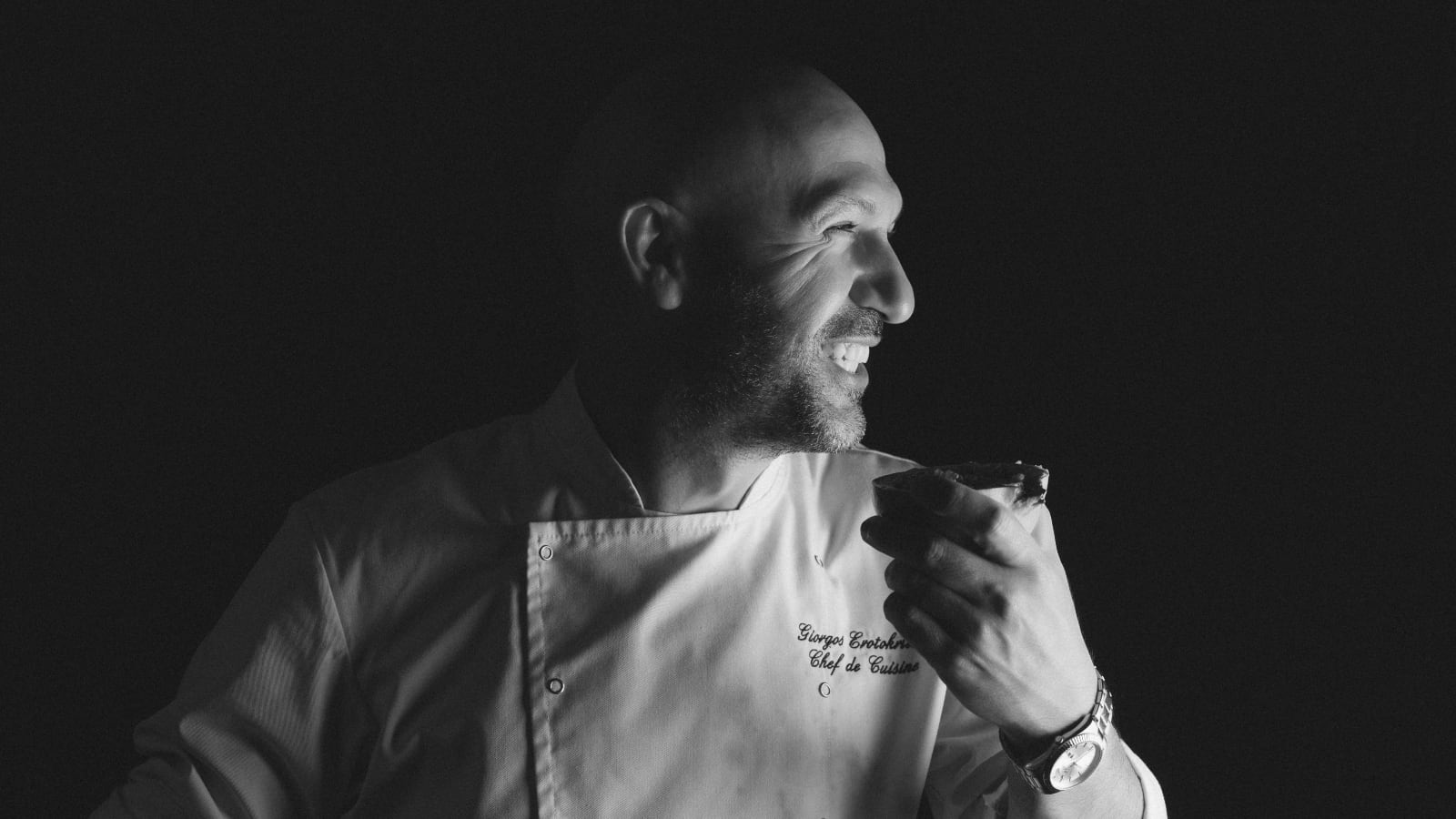 A
s an original chef, he is very independent. He completes every task that he will decide to and he is not a quitter. He likes having control. He is passionate, inventive, observative and energetic. He pushes things to the limit. He is profound and a very active person. There is always something more beyond what we see in that person. He presents a calm, independent profile out to the world, whilst an enormous and extreme power, an intense passion, strong will and persistence lie beneath. He has a penetrating mind. Do not be amazed at being bombarded with a great number of questions, he is just trying to look into your way of thinking and evaluate the situation in order to propose the appropriate plate that fits to your temperament.
For George, Cooking is science and every plate is a gourmet, “chemical” composition ready to impress everyone, even the most demanding palate.
George was born and raised in Limassol and he studied in Gourmand Institute. His contact with Cookery started at the age of 16, when he began working in several restaurants, for pocket money at first and after that as a hobby. Now, as a professional chef, he has gained a place amongst the greatest kitchens of luxurious hotels and restaurants in Cyprus. His mastery and his professionalism have given him many prizes that are the crowning glory of his love and persistence in offering. Articles for George Erotokritou can be found in Financial Mirror and magazines like Cyprus Gourmet, Time Oute, Vivendi, Prima, Omikron, OK , Down Town and Taste. Matthew Stowell, in particular, wrote that: «George possesses a certain type of generosity that manifests itself in feeding others well». The journalist Lena Tsoukala characterized him as a rising star in the map of Gastronomy in Cyprus.
In 2014 he starts cooperating with the TV show “Gia  Sena” and Christina Aristotelous in Mega TV presenting the cooking section every Thursday.
In 2015 he presents the cooking charity show “Kitchen Stars” in PLUS TV.
In 2016 he moves to SIGMA TV taking over the guidance of the tv show “Mia Valitsa Gevsis” with Christina Dimitriou.
In 2017 he returns to Christina Aristotelous and the tv show “Me Agapi Christiana”
He has worked with the “Taste” magazine having his own column under the title “ Let’s cook”
He participated, along with the Symphony Orchestra of Cyprus, in the opera “ Bon Appetit” of the American composer Lee Hoiby.
As he says:

Cooking would be nothing if there was not kindness in us; a kindness that comes from the sensuality of things, a sensuality that is the same as the one that somebody expresses for a painting, a composition, a clear symphony, a way of giving in a coordinated form the total instrumentation of sensations.